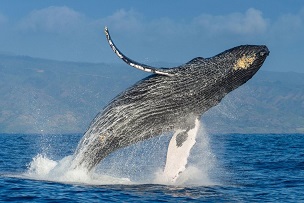 OK, so what are the SWHOG whales? Whales within the SWGOH community are those who spend thousands of pounds/dollars to get the best characters, ships, etc as soon as they’re available. On the one hand, this is great. Rather than just being able to read the release notes from CG, we get to actually see the journey involved in acquiring the item. There are, though, multiple downsides…..

Whaling allows CG to justify their high prices. Many of us have probably bought a pack or two here and there. I got into the game last 2018, so bought the Hyperdrive bundle. Great value for the most part but I’ll come to the benefits and downsides of that in a future post. At a summary level, it’s saved me a lot of time but has also given me characters that I wouldn’t have necessarily spent that time on chasing. Overall, it’s definitely the best value pack in the game though, based on what I’ve seen on other packs. Again, something I’ll cover in a later post. However, the Hyperdrive bundle aside, how many packs have people bought? Youtubers receive donations to allow them to whale these packs. Don’t get me wrong, it’s not jealousy, they choose to do it, I could probably have a go (and fail) but they’re doing it to give us latest and greatest. The reality is that most of us won’t see much of this content for a long time. When you watch one of the videos, such as taking Mando up to seven stars, the reality is that many of us won’t see a seven-star Mando for quite some time. But whaling means that CG sees their sales and decide that they’re doing things well enough to maintain the price pattern they have.

Whales can look bitchy and cynical. Many of us look forward to new content. We’re not going to get it at any great level for a while (a few Galactic Legends are appearing but not many in mid-game sides). But they moan about lack of content because they can simply throw funds at the latest and go “what’s next”? It’s a bit like getting GTA and playing it with the cheat codes turned on. The sense of achievement is vastly diminished.

Well, after my first post on SWGoH about whales, I’d probably best qualify it with where I’m up to in the game. I arrived late, bought the Hyperdrive bundle and I’m now on around 2.8M GP. I’m in a guild that is farming Traya shards and have just activated her at five stars.

Thoughts on the game? As a Star Wars fan, it’s great. It’s like the fighting bits from Final Fantasy VII and the decisions to stock on different factions and teams are fantastic. Be careful though; not all characters who are great in their Star Wars life are particularly great in SWGoH. Mace Windu, Jedi Master, not worth much investment. Bossk, minor bounty hunter seen briefly in Empire Strikes Back, awesome.

The best advice I can give if you’re going to start playing is to plan your route. By that, I mean have a read online and look at a good route. The most common one that is explained is to collect Phoenix squad. For those of you that haven’t seen it, Phoenix squad are a close -knit team from the cartoon series Star Wars: Rebels. The good thing about the main team that people collect is that they are “farmable” (SWGoH term for collecting the character shards that you have to amass to get the characters unlocked then powered up) from different parts of the holotable, where the games take place. Work your way up from Level 1 to Level 85, then the serious stuff starts! From there, you start taking part in PvP arena competitions and tougher raids than the basic two as well as, if you’re in a guild, events called Territory Wars (guild v guild) and Territory Battles (guild v bots). I’ll cover all these aspects in other posts, but suffice it to say that there’s plenty to go at and still plenty of life in the game.

Thanks for visiting. This is just a little blog of thoughts on a variety of subjects from mobile gaming to holidays in the South West of England. If you like it, great, I’ll try to keep adding content. If you dont, ho hum, I’ll keep adding content!